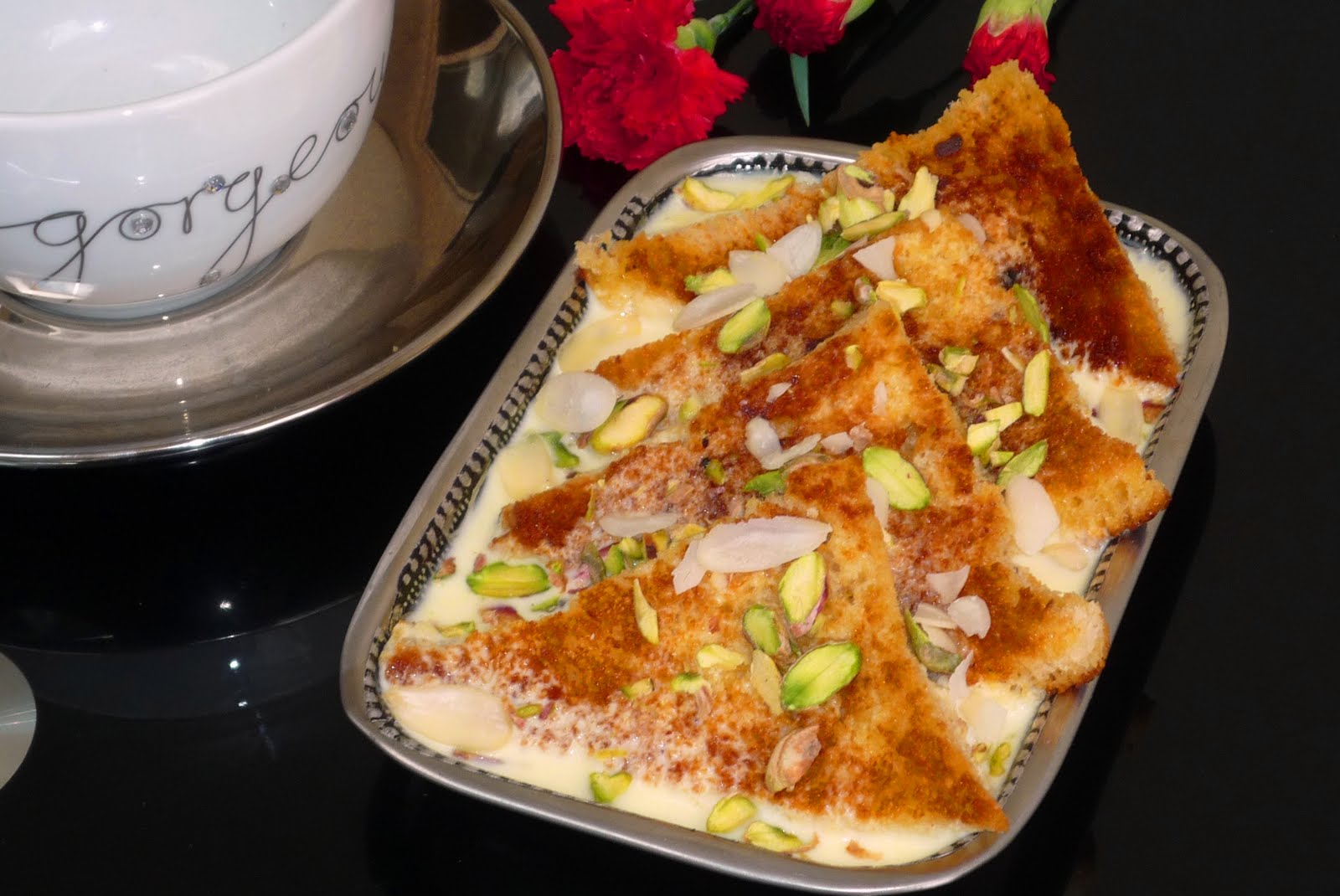 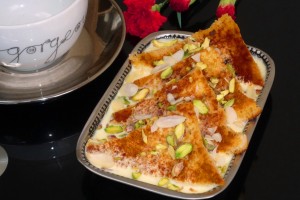 Shahi Tukray is a Pakistani dessert made with sliced fried golden brown colored pieces of bread, topped with a sweet milk sauce (called rabdi) or evaporated milk, nuts and flavoured with saffron and cardamoms. Shahi Tukray is also known as “double ka meetha”, it is a bread pudding dessert of fried bread slices soaked in hot milk with including saffron and cardamom, and double ka meetha is a dessert of Hyderabad.

Shahi Tukray is a dish of Mughal and it is believed to have been invented in Pakistan, though it is very popular in India as well. The word Shahi Tukray can be broken down in to two words. Shahi means “Royal” and Tukray means “Pieces”. which gives it the literal name “Royal Pieces” in the english language.

1. Take a frying pan and deep fry bread slices till it gets golden brown, then put them in strainer or on wire rack leave it for cool down.

2. Now boil milk in another saucepan when it is boiling properly add a pinch of saffron, sugar and cardamom and cook or boil this milk until it gets half.

3. Arrange bread slices in a serving dish, then pour this milk sauce on the slices, then sprinkle khoya, almonds and pistachio.

4. Decorate it with silver paper and keep it in a refrigerator to serve it chill.

Shahi Tukray is a rich dessert dish which is usually enjoyed after a party meal and also in Eid parties and Ramadan Iftar parties, traditionally it is served at room temperature but it is also enjoyed chilled.

Add to Favourites
By doritaUncategorizedComments are off April 27, 2014March 15, 2015 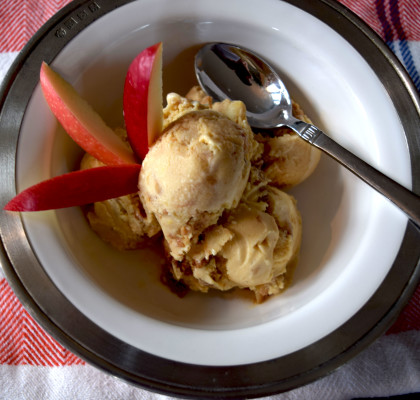 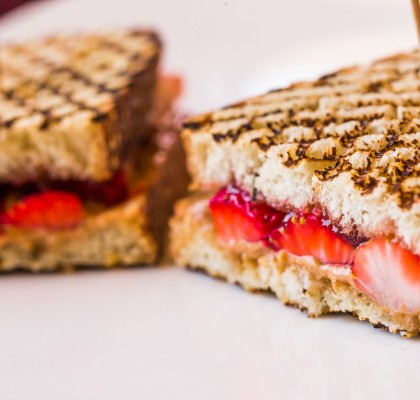 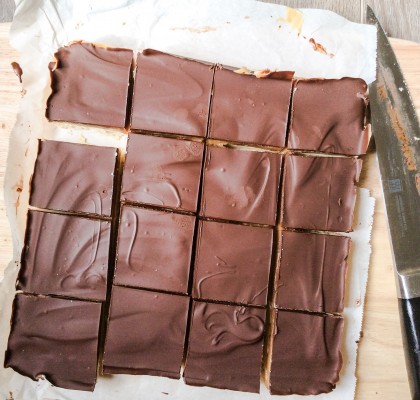